1) Relate what was discussed in class or the text to the screening.


The Gold Rush was made in 1924; it was both directed and stared Charlie Chaplin, one of the greatest stars of the silent movie era as well as a comedy icon. As in most of his movies, The Gold Rush stars the tramp, a lovable, comedic underdog who in The Gold Rush, travels to Alaska in search of  gold, however , he soon finds himself stranded in a cabin in the middle of a blizzard with his new partner, Big Jim McKay and the wanted criminal, Black Larsen. Later in the film, the tramp finds himself in a town where he falls for the beautiful Georgia. 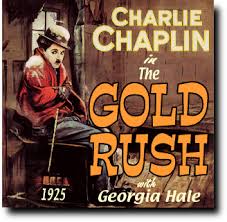 “Chaplin's most famous dream sequence is in The Gold Rush (1925). Waiting for his new love and her friends to arrive at his cabin, Charlie begins fantasizing: He entertains the ladies with the dance of the oceana rolls, in which he uses inanimate objects (silverware and dinner rolls) in combination with his own face to form a character. This dream sequence identifies Charlie's inner desires and also establishes audience sympathy because it is evident that no one is coming to the party. The audience experiences a sense of guilt while laughing at the Tramp, because they know his dreams are futile.”

This article take a look at what Charlie Chaplin did to make the character, the tramp so appealing and likable, specifically, the dream sequences in his movies. These scenes were used to relate the tramp to everyone because they showed his ambitions and goals, and then when his dream does not come to be, the audience feels sorry for him. Charlie Chaplin used dream sequences as a tool for pathos, helping to make the tramp all the more real of a character. 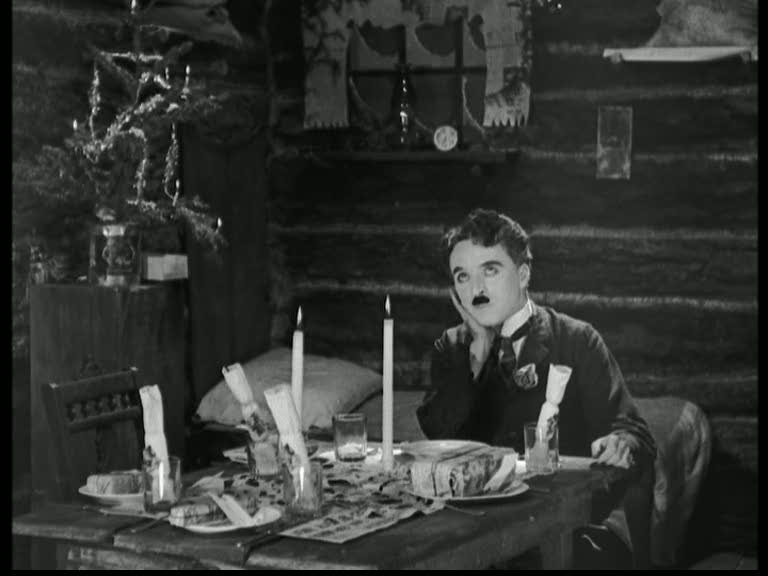 3) Apply the article to the film screened in class.

After reading this article I realized that the scene where Chaplin day dreams about his New Year’s Eve party was one of the more important parts of The Gold Rush. The scene displays the tramps hopes and dreams and makes the audience feels exited, only to have Georgia abandon him for another party. The next scene where the camera shows the party following a shot of Chaplin alone watching everyone does an excellent job of portraying the tramps loneliness. This scene would have been far less powerful had the audience not seen the tramps dream of spending new years with Georgia.
4) Write a critical analysis of the film